The Qlikview Document Alert feature is generally thought of as a way to notify users or administrators of exceptional conditions in the loaded data. But it may also be used for regular emailing of non-exception conditions, like daily sales figures. This can be very useful to inform mobile or travelling user of the status of Key Performance Indicators.

The Document Alert feature is part of basic Qlikview. No additional software or license is required. Please note that that Alerts can only send out text email. They cannot send graphical charts or attachments. If you want that  functionality, look to third party addons such as NPrinting.

Alerts are configured in a QVW using the menu item: Tools, Alerts. The Alert Message may contain dynamic (calculated) content in the form of an expression like:

I won’t go deep into the configuration details here, because I’ve provided a downloadable annotated example at this link:
Qlikview Cookbook: Using Alerts To Send Numbers Via Email

The example will produce an email after reload that looks like this:

Alerts are a low cost and simple way to expand the reach and value of your QV applications. Users receiving emails do not require a Qlikview license.

In 2008 I published the first edition of the “Qlikview Cookbook”, a downloadable collection of Qlikview examples designed as a reference and training tool for Qlikview developers.

The last update to the Cookbook was in 2011 and  it has been downloaded from RobWunderlich.com over 20,000 times.

It’s time for a major update to the Cookbook. For the update I’ve created this website as an expanded delivery vehicle. In using a website, I hope to make it easier for you to discover relevant examples and make it easier for me to maintain.

I’m still open to creating single-file archives of most content — like the old Cookbook — if there is demand for it.

If you have any comments or feedback please use the Contact form.

I picked up a great tip from QlikCommunity to view field values in your data model:
http://community.qlikview.com/thread/89396

I refined it a bit and am finding it very useful.

Select a $Field in the listbox and the field values and frequencies will appear in the chart. Very handy for exploring data values in your model.

I just finished the excellent book “Qlikview for Developers Cookbook” by Stephen Redmond, available from Packt Press. The book contains approximately 100 short “how to” examples of Qlikview visualizations, calculations and scripting.

(Note: This book is not related to my “Qlikview Cookbook” available at http://robwunderlich.com/downloads/. The books are similar in aim, but Stephen’s is a full print book with entirely new content.)

This is an excellent reference for many QV tasks and a good way to learn no matter your level. I picked up quite a few new tricks. The book organization is good, the examples clear and short. The “How it Works” explanations are gems. Stephen’s experience is broad and he freely shares his advanced knowledge.

I highly recommend this book for all QV developers. You’ll recover the purchase price with one tip!

The book is available in print and e-book. The print version is in black and white, and I found some of the figures hard to understand without color. The e-book uses color and is much easier to follow, so I recommend the e-book.  Interestingly, at this moment, you can get the print and e-book together for less than the cost of the e-book alone. Go figure!

Congratulations to Stephen for an important contribution to the growing library of QV Publications.

I’m excited to announce that the Masters Summit for Qlikview will be coming to Europe in October 2013. Two dates and locations are announced:

Join us in either location for 3 days of hands on sessions where we will bring some of the leading QlikCommunity contributors to you live to discuss advanced techniques in building complex solutions with QlikView. The goal of this event is to take your QlikView skills to the next level and help you become a QlikView  master.

The inaugural Master Summit was held in Las Vegas, Nevada, in April 2013, with over 60 attendees from North America and beyond. Check the website for feedback from attendees at the Vegas Summit.

Program details and registration information can be found on the Summit Website. I hope to see you in Europe!

I’m proud to be one of the speakers at the Masters Summit for QlikView, which will be held at the Four Seasons in Las Vegas on April 16 – 18.
In 3 days of hands-on sessions, Barry Harmsen, Bill Lay, Oleg Troyansky and I hope to provide you with new knowledge and skills that will take your QlikView experience to the next level. We’ll be covering topics around advanced scripting, data modeling, expressions, visualization and much more. Besides an opportunity to invest in new knowledge and skills, this is also an excellent opportunity to network and exchange new ideas with your peers.
I hope you will be able to join us there. For more information, see the conference website.
-Rob

I’m pleased to have just finished reading “Qlikview 11 for Developers” by Miguel Garcia and Barry Harmsen (Packt Publishing). This book covers a complete set of Qlikview development topics using a realistic sample application. The code and sample data are available for download and all materials work with Qlikview Personal edition.

The book is suitable for beginners and intermediates. Even as a highly experienced practitioner, I learned quite a bit from my read.

The authors do an excellent job of developing a sample application that covers most of the data modeling and analysis challenges you are likely to encounter in real world development. Following the tradition of the best programming guides, the application scenario is relevant and used consistently throughout.

In addition to covering the basics everyone needs to get started, the book gives a good treatment of advanced topics such as set analysis and aggr(). I was pleased to see use of real world advanced techniques such as storing point in time expressions in variables.

I was also impressed with the editorial layout of the book which I found very effective and easy to read. Good clean layout (like a great dashboard), good use of tips, the right amount of pictures and examples.

This is the book the QV Community has been waiting for!

I’m excited to be a featured presenter at the upcoming Masters Summit for Qlikview in Las Vegas, April 16-18. The event promises three days packed with hands-on  presentations covering advanced Qlikview techniques that will  accelerate and streamline development and management of your Qlikview deployment.

I’m pleased to be working with such a top-notch group of presenters. I’ll be presenting Advanced Scripting and will be showing some tricks I’ve never shared in public before. Bill Lay is an engaging presenter who never fails to teach me something new and useful every time I hear him speak. Barry Harmsen has again demonstrated his mastery of QV with the recent publication of “Qlikview 11 For Developers” (Packt publishing). Oleg Troyansky is legendary in the Qlikview Community and one of the earliest adopters and promoters of Qlikview in the US.

I hope you can join us April 16. More information and registration can be found at the Summit website.

Here are a few items I hope show up as layout features in Qlikview.next.

1. Grouped objects. Yes, we are still waiting for this one. While Containers are great, they do not satisfy the requirement.

2. Automatic zooming and scaling in the Ajax client. I’d like to see content scale to fit the horizontal page, as a typical html page does. This should include left/right object alignment attributes to keep things organized.

3. Ability to specify object sizes with percentages as well as pixels. For example, I’d like to specify that a chart should size to 70% of the screen or Container.

4. Flexible markup in Text Objects that would allow me to mix different font sizes and colors, as well as hyperlinks. Ideally this would be something simple like html.

6. Help!
a. Help Text Property at the Sheet level.
b. Flexible markup (see #4) in Help Text.
c. Allow the Help “?” icon to be positioned in the chart, eliminating the requirement to show caption.
d. A new Action “Show All Help” which would pop-up all the object help on the active sheet.

There are a couple of missing features in QV that cause me to often bump my head against the ceiling. I have a great idea but then ouch — can’t make QV do that. Below are my top two feature requests. With all the cool, advanced, sophisticated ideas floating around out there, you may be surprised that my requests appear so basic.

#1. An escaping or alternate syntax for string literals that contain single quotes. I frequently use script subroutines and variables with parameters to bring discipline to my QV projects. Parameters are passed as strings and variables are sometimes themselves function calls that contain quoted parameters. Nested routines make the problem even more complex.

There is also a problem using SET and LET in script to define reusable expressions. The defined values often contain quotes.

Quoted strings cannot contain quotes, so I resort to all kinds of workarounds — & chr(39),  proxy characters for quotes and using fields when I would really prefer variables. All of these are complex workarounds that make my code resemble the Twister game.

#2 Grouped Objects. So many great screen objects available. Wouldn’t it be wonderful have a couple of charts, a listbox and an explanatory text box minimize & restore as a group? I’ve blogged about this in the past if you want to read more on the topic. So much could be done in the UI with the addition of object groups.

I’ve dropped both of these feature requests in various Qliktech “suggestion boxes” over the years. I have no idea if they will ever  be implemented or not. I frequently hear other users asking for #2, and I occasionally meet someone who shares my desire for #1.

What are your top two feature wishes? 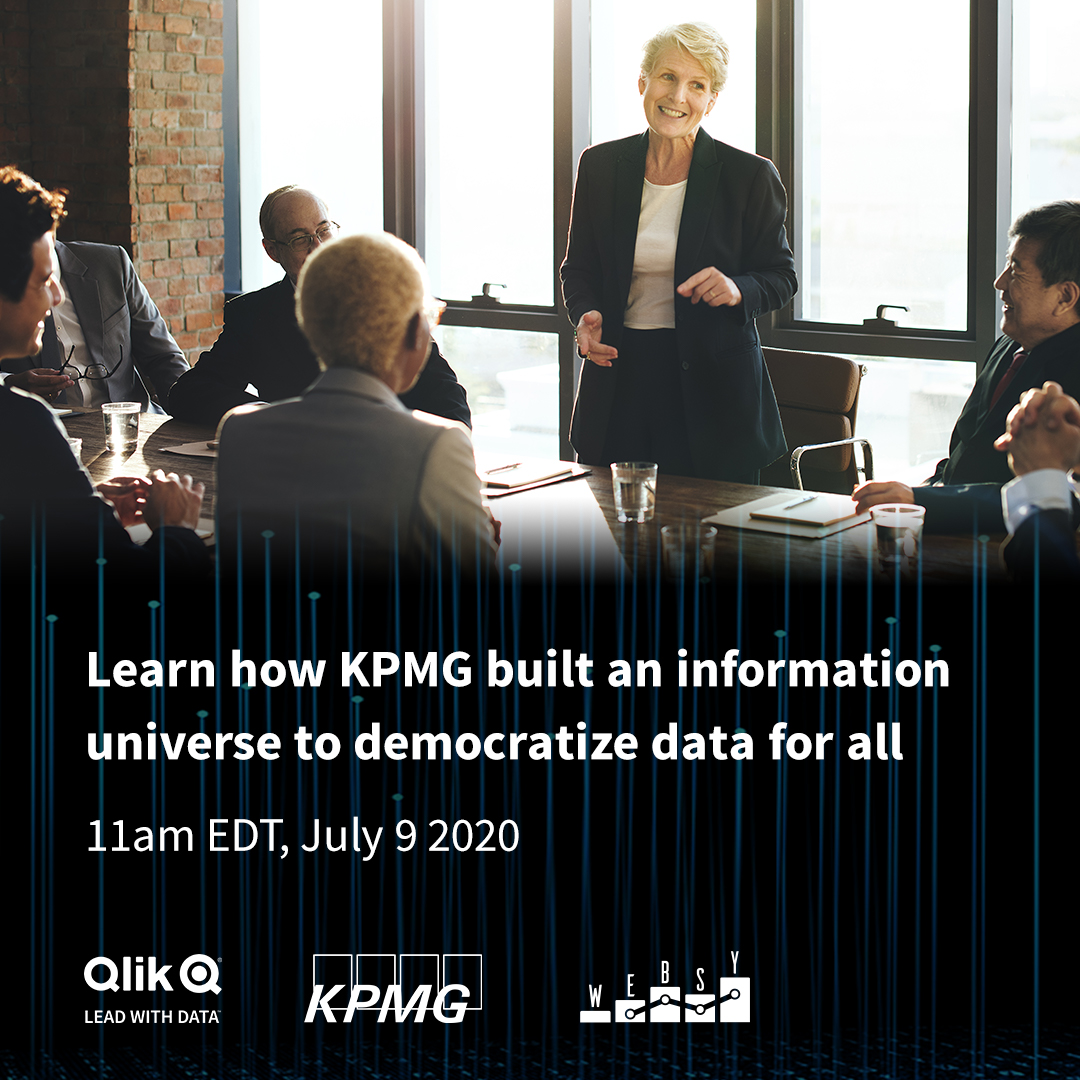